How To Save On Adenoid Removal Surgery

Shortly before I started at Healthcare Bluebook, my four-year-old son, who was in good health and not overweight, was snoring a lot and appeared to be showing signs of sleep apnea. Concerned for his well-being, we took him to our pediatrician who explained to us that snoring and sleep apnea were not typical of a small child in good overall health and of a healthy weight. Our pediatrician also noted that his adenoids appeared to be enlarged and referred us to a sleep study facility. 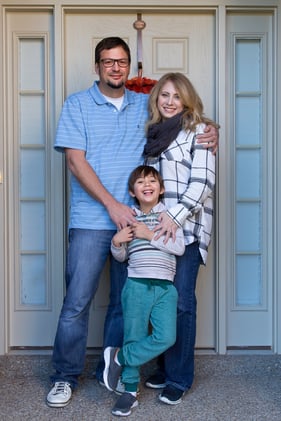 Soon after I joined Healthcare Bluebook as a Data Administrator, my son underwent the sleep study and it was determined that he needed to have his adenoids removed. We were referred to an ENT, but now being armed with the knowledge of Healthcare Bluebook’s services, I wanted to put our app to the test.

In seconds I was able to locate a green facility that was closer to us and cheaper than the facility to which we had been referred. I was also able to verify that the sleep center we had already used was a green facility, so it was nice to know that we paid a fair price for those services.

We met with the ENT the Bluebook app found for us and discussed at length the process to help our son. That good feeling was further reinforced the day of surgery when we met with the surgeon and his team and saw how well they prepped our son (and us) for the procedure.

I'm happy to say that the surgery went perfectly without a hitch, and if that weren't enough good news, Healthcare Bluebook helped save us approximately $1,500!  After my experience using the Bluebook app, putting it to the test, and seeing the quality, value, and savings it gave, I would emphatically recommend (and have many times now!) the tool to anyone.

Have questions about MVNU, our program, or how we can help you succeed. Fill out the form and an enrollment counselor will reach out to you soon!

Subscribe now to get updates straight to your inbox.

Bluebook’s Pioneering Methodology & the Data Behind the Data

Value Beyond Compliance: Turning Compliance Mandates Into A Strategic Advantage

The Truth About Navigating Healthcare as a Millennial